As you may or may not know, the escorts parading around America online are not my thing. It’s well known that I am not the hugest fan of escort sites. Everyone that knows me, knows that I just don’t see why anyone would ever pay for sex anymore. There just isn’t a real need for it, in my opinion. That holds especially true for the Eros.com guide.

I get it, there are guys out there that just swear they cannot find a single woman on this planet that will have sex with them. I’m not sure what you’re doing to make that occur, but I guess it’s completely possible. I also understand that some guys have that fetish where they see sex as a power thing, and it makes them get off to have a woman doing what he wants for money. 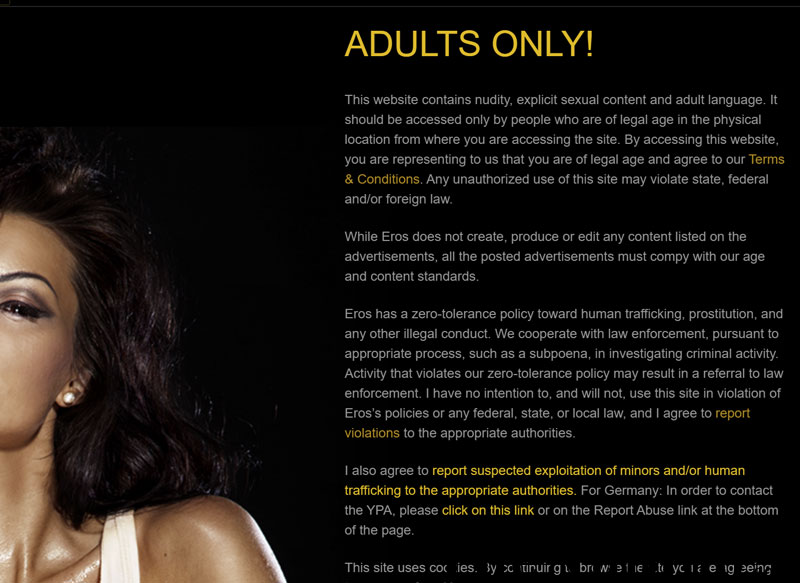 I don’t judge anyone on things like that, but I’m pretty sure you could role-play the escort/John thing a lot more safely than taking the risk of hiring prostitutes or escorts. But, you do you and if hiring a sex worker is your thing, just remember it is still illegal here in the U.S. and it isn’t without risks.

Because I have readers from all walks of life, I know that some of you guys do still look for escort sites where you can find someone to share an hour or so with for money. Again, I don’t condone it, but what I do like to do is help make sure that if you’re going to use these sites, that you’re not being ripped off.

Unfortunately, the creators of escort sites are rarely looking out for you or the escorts who advertise their services. This is why I look at these types of sites review them, even though I won’t use them.

Before you decide to sign up for Eros, take a look at my review to help determine if it’s the right site for you. 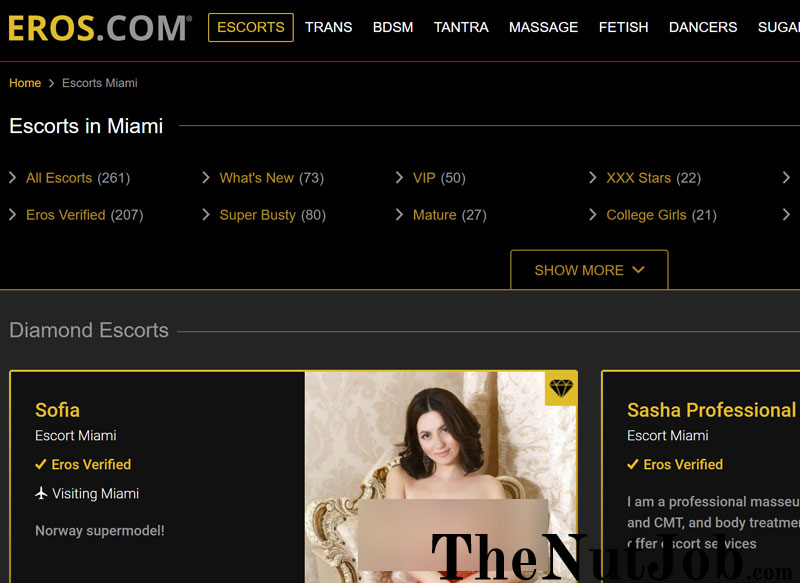 Reasons Why Eros.com Is Not Legit Enough (For Me)

Eros is a site built for advertising. Sure, there are ads there, but their grand scheme is to have you click on the links they present so that both Eros and the advertiser they’ve partnered with will get paid. They do enough to keep you interested and intrigued, but they really don’t deliver on what they promise.

Here are the four things I noticed that make me think that Eros is not a legit site and will not get you laid, either for free or by paying for sex.

I have been on so many dating sites and trust me, all of them have advertising. This is just something they do, and I get that. What I don’t like is that some sites will just bombard you with advertising to the point that that’s all you see.

Every single thing you click on that you think is site-related is typically a link to another site and dating sites have gotten to be experts at hiding that fact. Eros is really no different. They even have a page to boast about the way they help their partners with advertising.

Yes, this is totally legal. I’m not saying advertising shouldn’t occur, everyone has to make their money in this world. But, what I don’t like is that they’re taking all of your information and sharing it with whomever they are partnered with, whether you want them to know about you or not.

To me, this is just a very easy way to get your inbox blown up with spam, your personal information linked to some shadier sites, or even hacked.

Probably the biggest method that shadier dating sites use to get you hooked is to have “Live Cams.” You’ll see the clickable link prominently displayed because they’re hoping to have you get so excited to see live T&A that you’ll click on the link and then forget why you came to Eros.

Eros likes to pretend that it isn’t just for those guys and gals in the escort industry. They also state that are dating ads. Actually, there is a boatload of dirty talk (like on Tinder) going on but for actual meetups, those are few and far between.

I think Eros is more of a discussion area, mostly because there aren’t many members who are local to each other so they just can’t meet in person. Or, it could just be a fantasy thing, where people discuss the things they’d like to do because they can’t do it in real life.

Are you really telling me that all these beautiful women are really using a “D” level escort site to find work? Come on! If you believe that, I have a bridge to sell you.

The Final Verdict on Eros: Nothing But A Joke

If I were you, I would avoid Eros, it isn’t going to get you any closer to the real goal we all have as men: getting laid. You can do that by reading here.