I know not all my readers are from good old ‘Merica, which is awesome by the way, so some of you are using or have questions about dating sites that we in the U.S. don’t have access to. One of these sites is called Skokka. Skokka describes itself as an “Adult Dating Reference” site, which to me, is a red flag.

If you’re considering using Skokka, here’s what you need to know. 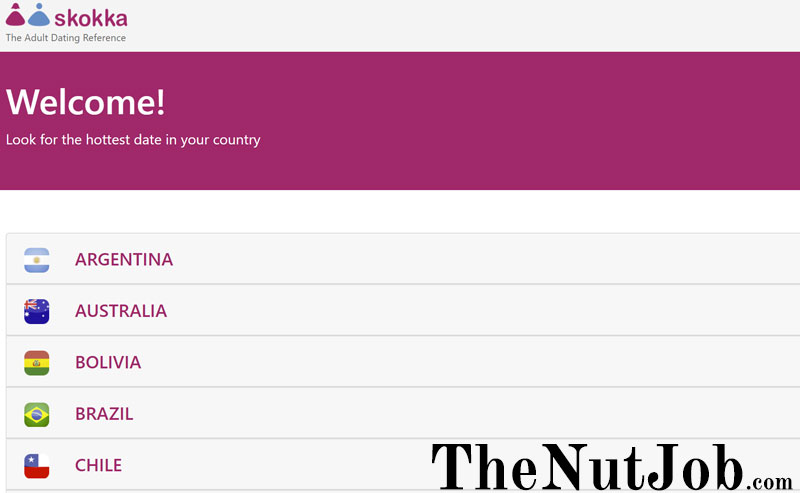 My Review of Skokka

Here’s what you need to know about this escort site…

Where Can I Use Skokka?

As I mentioned, Skokka isn’t really available for men here in the United States. There is probably a very good reason for that and while I can’t prove it, I suspect it’s because this “Adult Dating Reference” is a site for prostitution.

Yes, when you log in to using the site, they give you some warning that there is not to be any exchange of money for sex, but just because they say it doesn’t mean it doesn’t happen. I mean, even escort sites here in the U.S. say the same thing but we all know what’s going on there.

The Feds in the U.S. have really started stomping out escort sites, remember Backpage and the personals section of Craigslist? So, that means finding legit (I guess) escort sites anymore is just not easy here at home.

If you want to use Skokka, you’re going to live in one of these countries:

So, as you can see, Skokka is pretty much available in Europe and South America, where I suspect prostitution is not as heavily regulated as it is here.

Now, you know I don’t like the use of escorts, prostitutes, or street girls. It’s really no secret that all of my dates are women who are interested in sex and they don’t expect me to pay them for it. I think it is something that is just too risky, no matter what country you’re in.

And I think it is especially risky in countries you’re not familiar with, which is why I would never recommend any of my American brothers or sisters to use Skokka if they are traveling to these countries. You’re in a strange country, the escort knows it, and you become a huge target for violence of some sort.

When Skokka was released, it was touted as the next great Backpage alternative. I’m not sure why they would want to tout that, but hey, blow your horn if you must.

You see, Backpage wasn’t a great site either and because of the shady dealings it was involved in (um, prostitution and sex trafficking), it was completely shut down and seized by the Feds.

I’m not making this up, you can search the old interwebs and see for yourself. In my humble opinion, the closing down of the Backpage site was long overdue. Now, the personals section of Craigslist, well that was a hard one to take for someone like me who enjoys quick and easy hookups with other like-minded lady individuals.

Back to Skokka. They claim to be a top escort site. They are not.

The only thing you’re going to see when you start using Skokka is a bunch of thumbnail pictures of T&A and profiles of women who will supposedly meet you for sex. For a price.

And if you’re someone looking to have hookups, free sex, or you even want to have vanilla, legit dates, you’re not going to find it on Skokka. This is totally a pay-for-sex site and has nothing to offer those of us that aren’t about breaking the law.

I actually enjoyed spending time reading the ads on Skokka, mostly for their comic content. I suspect that the majority of the ads are fake because they seem like men wrote them.

Here is what I mean:

Susie-Service your lollipop with air hostess from Korea

Rates from $220 per hour (discounts before 6pm)- full detail at lollipoplounge.com.au

Treat her nice and she will make you her King and Master.

She is waiting for you.

Come say hello-lots of lovely girls waiting to treat you like never before! 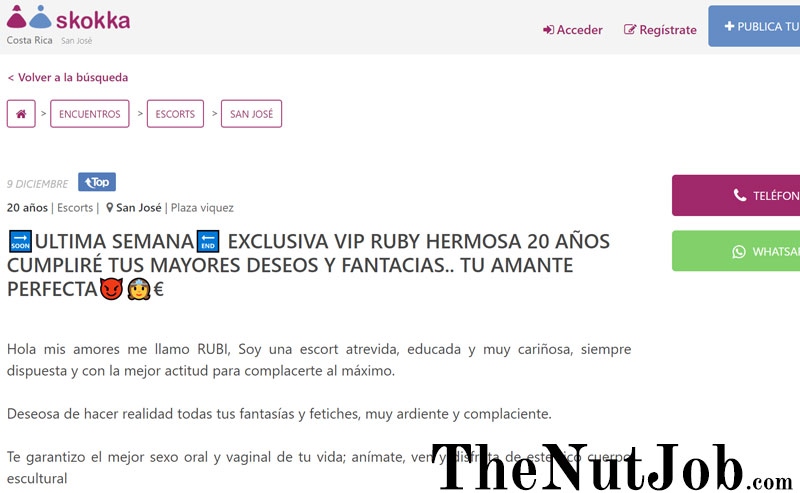 That just screams two things to me. First, a guy wrote that because that’s what he thinks men would want, and two, kinda creepy. I don’t know, but it almost seems like they’re hawking her.

I don’t know Susie and I don’t know if this is something she even wants to be doing, but I do know that if I was in Canberra I wouldn’t be looking her up. I’m just getting a “sex trafficking” vibe here.

Even if Susie and the other ladies of Skokka are all totally legit and totally into having sex for money, can you imagine how much money you’re going to be spending, even with the discount?

The Verdict on Skokka: Not Made for the Casual Dater

If you’re in South America, the U.K., Australia, or you’re looking to travel to those areas, Skokka is not going to be the site you want to use for free hookups. While trying to mask itself as something legit, Skokka is nothing but a site used for paid sex that may or may not be involved in some shady dealings.

If it were me, I would avoid Skokka and focus on one of the many good hookup sites out there, many of them have international versions so you can get busy no matter where you are in the world.