Oh, and that husband, what happens to him? Well, hubby is forced to watch as his wife is being banged by a big, strong, dominant man. This may either make him angry, or it may excite him, but in any event, cuckolding is a fetish that is becoming so popular that dating sites are being created to keep people connected to other like-minded partners. 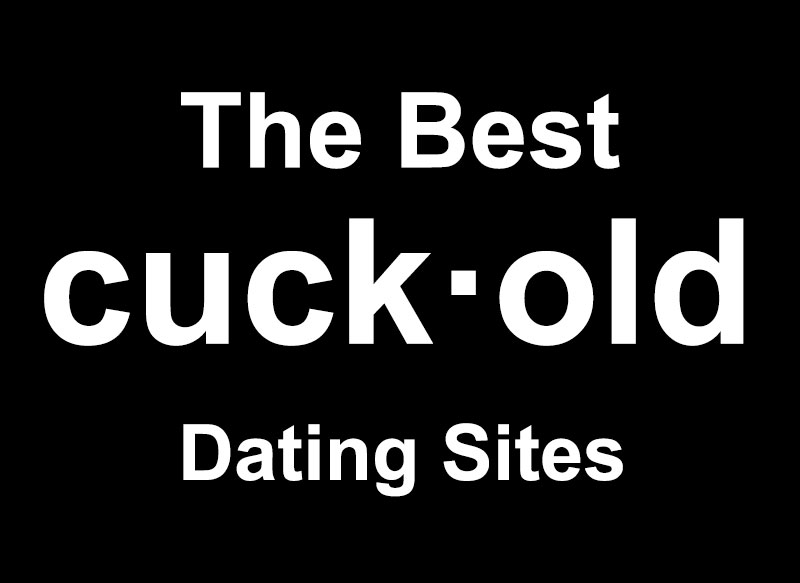 Here are the top eight of the best dating sites to use if you want to find someone to practice cuckolding with:

If you’re into any type of kink or alternative dating, Adult Friend Finder is going to be your best bet. Adult Friend Finder is the O.G. of the dating world, having been around for over 20 years, so you know it must be doing something right. And with over 1,000 cuckolds online at any time, you’re sure to find someone that will tickle your fancy.

Joining Adult Friend Finder is free, but you’re only going to get free benefits, so I highly suggest upgrading to a paid membership, especially when you can then avoid ads, get better features, and improve your chances of meeting that sexy bull or cuckoldress you’ve been hoping for. Pricing starts at about $25 a month, which isn’t too bad for everything you get.

The site owners of Adult Friend Finder verify profiles, so no fakes are allowed. Be prepared, though, that some ladies you could be talking to could be chicks with dicks, as everyone is kind of grouped into one big group and not segregated into gender(s). But, this is actually kind of a good thing because there are no-holds-barred on Adult Friend Finders, if you enjoy it, you’ll find it.

Reddit is a great place to find any type of kink you might have, cuckolding included. And it’s even free! If you don’t want to spend time on paid dating sites, give Reddit a try.

The members of Reddit are serious about their cucking, they don’t want to waste time chatting it up endlessly and they certainly have the experience in the lifestyle that even newbies will appreciate. Unfortunately, you do have to worry a touch about strange folks finding their way onto Reddit, but that’s common with anything on the site.

The biggest downfall is that you can’t see the people you’re talking to, you’ll have to work that out on your own because Reddit doesn’t do pics. You might also not be anywhere near someone you’ve been talking to, but hey, who doesn’t like a road trip for hot sex?

Members on Hotwife Requests R4R are so serious about making sure you know that they’re who they say they are that they will hold up a sign in their pictures with their usernames and the date, so you know that’s them. And the pictures are amazing!

I have never seen such hung bulls and sexy women in my life, so if you are serious about exploring this kink, give Hotwife Requests R4R a try.

Swinging and cuckolding are kind of similar, which is why I’ve included another Reddit group, Swingers R4R. The members are an active bunch and if you want to see what they’re into, they make sure to post sexy pictures of themselves as well as the sex acts they engage in. You do have a lot of rules to follow as a member of Swingers R4R, but if you’re respectful and friendly, you’ll do well there.

Fetlife is the Facebook of kink and of course, they have cuckolding in their repertoire. No matter what kink you are interested in or you want to learn more about, you will find it on Fetlife.

Fetlife does have a huge male membership base, so you might have to wade around a little to find a woman, but trust me, they’re there. Bulls are a little difficult to find, and the ones I did see were a little, shall we say, rough. But, don’t let any of that dissuade you.

Alt.com is available on mobile devices and your computer, and you can watch videos, join groups, chat in chatrooms, and watch livestreams. There are a variety of languages available, so if you’re traveling you can even find some matches in other countries. And with over 2.1 million profiles on Alt.com, you’ll find someone that interested in the same rough kinks as you.

Oh, and most of the people on Tinder tend to be a bit younger but set the search to whatever age range you’re looking for and you’ll be set. Just watch out for the strange people and the ones that have no plans on doing anything but ghosting you.

BiCupid has been around since 2003 and offers up a free three-day membership if you’re curious as to what the site is about. And what it’s about is this: Bi dating. Yes, there are people there looking for legit, normal relationships, but if you select “non-monogamous” as the relationship type you’re looking for, you can find others like you.

Secondly, make a profile that is accurate and allows people to know more about you. Be honest and fun and don’t lie to make yourself seem more exciting than you are. But, don’t be boring either!

Finally, make sure that everyone knows what is expected and what is wanted out of doing this. Communication is key to making this work and nobody wants to be forced into something they’re not really down with. Now, go out there and explore the eight best cuckolding sites and have yourself a damn good time!