Today I’m going to talk about a subject that I rarely touch upon. That’s right folks, religion! I’m covering some facts about Christian dating sites and I think you’ll want to read this if you haven’t made a decision with what type of dating site you’re looking for.

Full disclosure, I’m not necessarily into the Christian or mainstream dating stuff, but that doesn’t mean that you should pass it up 100% just because I don’t like it. Research things by reading this and learn more about this niche. 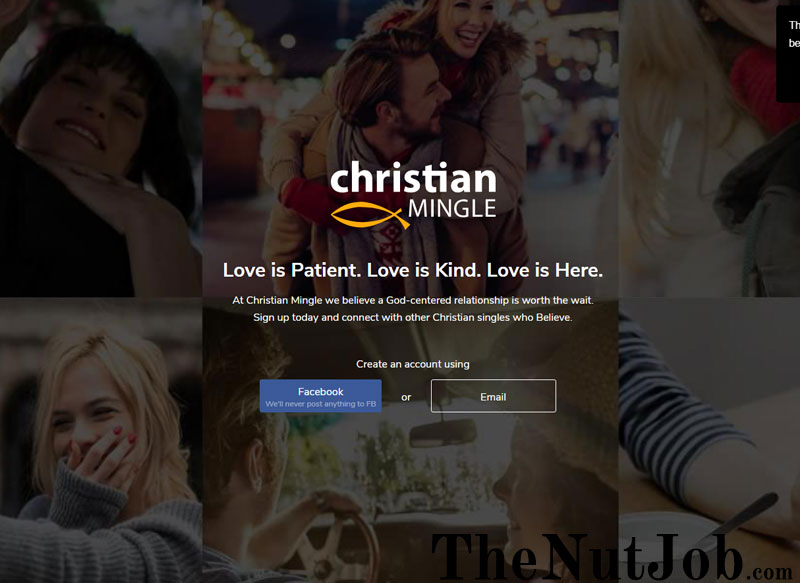 I’ll kick things off with the typical introduction…

Have you been without a companion for quite some time? Is it difficult for you to find what you would consider your perfect match? Once upon a time, finding a significant other was as easy as waiting for your parents to find you your husband or wife. Nowadays, the mindsets regarding dating and relationships have changed completely.

In 2019, online dating isn’t as much the “next big thing” as it is the only thing, which is why almost everyone you know has either tried finding someone via the internet or is currently on the hunt.

Another component for why online dating has become so popular is what we often call the “hustle & bustle” or the “rat race.” Modern times require us to be busy just about every second of the day, which means it’s a lot harder now to meet individuals in person.

In this article, I’ll be covering Christian dating sites, in the hopes that those of this particular faith may be able to find love online.

The Best Christian Dating Sites (According To Me)

Here’s a list of the best and they’re in no particular order. Just read up on each of them and take action where you see fit. There you go!

Zoosk has been running strong for over a decade, it’s also an alternative to Tinder, receiving a slew of awards in the process. Because of this, Zoosk has been quite successful in the online dating world, gaining a following of over 40 million individuals as of 2019. Initially, a component of Facebook, Zoosk founders Shayan Zadeh, and Alex Mehr quickly realized that the app was being used primarily for romantic connections, after which time they started pushing the dating functions as the primary use for Zoosk.

In recent years, what has made Zoosk stand out from the crowd is their Behavioral Matchmaking technology, which constant learns behinds the scenes and tries to make you better, more meaningful connections.

Match.com (who also owns Datehookup.com) has been around for an exceptionally long time, first hitting the internet in 1995, where it was featured in an article in the popular technology magazine ‘Wired”. It’s been a “pay-to-play” website since its inception, a trend that continues to this day.

Due to the sheer amount of time Match.com has been live, the company has released a version of their site in over twenty different languages, making it an extremely popular option of individuals looking for something a little more international. It’s also almost 50% single parents, to keep that in mind if you’re going to take a look.

In 2019, they’ve been releasing design and functionality updates pretty often, including layout changes and a completely new interface.

eHarmony isn’t strictly for Christians, but like the other sites I’ve already mentioned, it’s got the ability to keep your searches in line with your beliefs, which makes it a great dating resource for Christian singles.

The website was founded in 2000 by Dr. Neil Clark Warren, a clinical psychologist, as well as a proclaimed “relationship specialist” with over thirty years’ worth of experience in the field.

e-Harmony is known for its Compatibility Matching System, which Dr. Warren had a large hand in developing. The site was one of the first to offer only matches that they selected for their members, as opposed to looking for the connections themselves. It’s the perfect dating site for individuals who make be somewhat intimidated by the sheer amount of options other dating sites provide.

Easily one of the better-known Christian dating apps, Christian Mingle has been running strong since 2001. They claim to have helped hundreds of thousands of folks meet their long-term Christian partners, and claim to have a user base of over 15 million people currently.

Something that the site has made sure to tackle is the mobile realm, keeping up with their contemporaries by making their website fully accessible from mobile browsers, an approach that I think is smart, given that their user base tends to be a bit older. I would assume that this is also the main driver behind the exceptionally high marriage rates that Christian Mingle boasts about.

If you can believe it, Christian Cafe is exactly what it sounds like: a website designed to set up coffee dates with fellow Christians. It is proudly Christian-owned and operated, and has been running since 1999. The site takes a hardline stance against polyamory, with married and “taken” individuals being barred from participating in the site.

Christian Cafe tends to be more about community than anything else, which is why they’re so particular about who joins their ranks. Foul language is banned, along with any sort of overt eroticism, be it in users’ photos or even in their profile text. They also are very proactive with fake profiles, eliminating any users that have been inactive for more than 90 days.

The site sticks to a more typical profile search-based approach, allowing their users to browse the profile database based on their list of requirements.

OurTime is an age-based dating platform, with users being required to be over the age of 50. The website tried to keep things a little bit more streamlined than other sites, stripping away some peripheral features instead of an “easy-to-use” interface, something they’ve done to make online dating a bit easier for the senior crowd.

OurTime offers most of their functionality free of charge, although they do offer a paid plan that provides some limited enhancements, with charges starting at $15 a month.

The site doesn’t stay strictly within the dating realm either, with OurTime offering options for friendships, short-term connections, and long-term relationships.

Rounding out this list is Christian People Meet, another Christian-specific dating site that offers a bunch of “21st century” functions like Instant Matching (a swipe function similar to Tinder) and the ability to engage in video chat.

The website’s got a modern, polished look that I appreciate, which pairs quite well with its long list of features. While they don’t have a lot of the complex compatibility functions seen on sites like Match.com or Christian Mingle, it’s still a great option for Christians looking for love.

While I’m not into the Christian dating scene, if you are, you’ve now got plenty of options. I’ve provided you with more sites than you need and if you’re not into this niche either, then great, you can hang with me at the strip clubs yucking it up with all the call girls and meeting local chicks on Fling sites.