In the past, I’ve been known to take things from casual to commonly comfortable and if you don’t know what I’m referring to I’m talking about hookups. From my experience, the worst possible thing that you can do is move out of the casual hookup zone and into the regular relationship zone.

It’s disastrous and something you want to avoid if at all possible. The good news is you can safely stay in the casual zone if you play your cards right.

It all starts with the first step…

But first, let’s give credit where credit is due. This Friends With Benefits (2011) movie was the bomb and that’s where I got the featured pic from below. Special thanks to the producers of that flick! 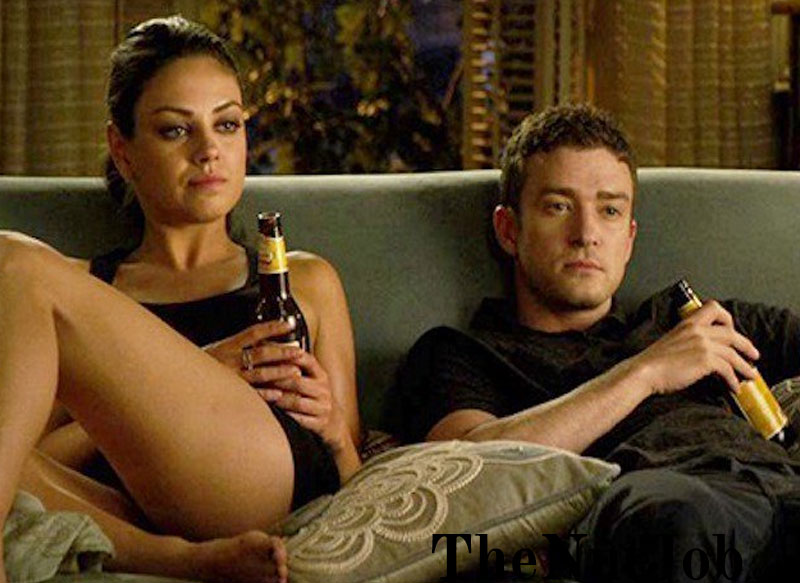 There tend to be a lot of different factors to consider when deciding to enter the casual dating pool, especially if a single, long-term partner just doesn’t seem like the right fit for your lifestyle.

I know I’m someone who struggled with going through the motions over and over while making a lot of the same mistakes, which finally forced me to consider an alternative to more traditional relationships. It could be the same for you; the standard one-partner situation may just not be the right fit. And casual dating can be just as beneficial as long term affairs, but without all of that extra baggage, commitment and plain craziness.

Below, I’ve gone into the different reasons I think keeping your dating life casual can be a great way to feel like you’ve gotten your groove back!

Lean Back, Lean Back Y’all

The first thing I sat down to think about when considering more casual hookups was just how well my attempts at long-term dating have gone. It’s incredibly easy for a lot of us to repeat the same mistakes we’ve already made, especially when love is involved.

This is something that makes casual dates so appealing. Without the added stress of the typical relationship tropes like “he’s not listening” or “she doesn’t seem attracted to me,” you’re left free to enjoy this new partner without fearing the eventual arguments or struggles.

For myself, learning about a different approach to dating life was comforting. It’s easy to feel like you’re “undateable” or somehow flawed when every attempt at a serious relationship falls flat.

This is yet another reason why casual dating can be a great addition to your life, especially if the idea of being with someone else has been soured for you. With such a low-key approach, you’re free to forget bad dates and move on to someone new. This is one of my favorite components of the casual scene, as I no longer spend so much time dwelling on “what could have been” because I’m to busy seeing what’s right in front of me.

So, What’s The Approach Here?

First off, don’t go into this new set of dating rules with any preconceptions. Staying casual and never getting serious has a very real purpose, and that is to keep things light.

Part of the reason I couldn’t keep dating so seriously is because of the emotional burdens that naturally come with supporting someone else, even just emotionally. Taking on another person’s problems can be a complete nightmare, and really affect your feelings of self-worth and contentment.

Secondly, keep an open mind about the people you encounter. This second rule is, for me, maybe the most important one. If you’ve had, so much trouble meeting a long-term partner, then it stands to reason that may be a part of that struggle has been the type of people you’ve traditionally been attracted to.

Branching out and having conversations and encounters with people you may not have previously approached (girls on escort babylon don’t count) can really be a positive influence. At the very least, you’ll gain some fresh piece of conversation to use on future dates!

So, What’s The Definition Of Casual Dating?

While this tends to be pretty straightforward, individuals can certainly disagree on the specifics. Any time passion runs high, there’s the chance for miscommunication or two.

So, my definition of casual dating depends on a few key factors. I think it’s important to have honesty about your expectations pretty much immediately. This means from the moment you start texting or talking to a new interest, you should find convenient ways to insert your intentioned into the conversation.

Also, if you’re going to be casually hooking up with a bunch of individuals, you should be asking a lot of questions regarding their sexual history. It’s alright to be picky with whom you take home, especially nowadays, when the internet can make lying and misdirection quite easy for just about anyone.

Lastly, while it may be true that the situation you’re in with a particular person is casual, it doesn’t mean that it also has to be callous. Understanding an individual’s history (and by extension their reactions or behaviors) can really enhance even a one-night connection. It’s perfectly reasonable to feel an emotional connection with someone while understanding that it may be short-lived.

There’s one major pitfall to this type of dating that I struggled with when I first started, so I think it’s only fair to warn you more directly than I did above; This type of dating is not for the emotionally scarred or neurotic.

Hooking up casually when you’re in the midst of a major heartbreak can sometimes lead folks into some dark situations, where suddenly they’re engaging in behaviors they would’ve never attempted in the right state of mind.

Hookups and casual dates are two of my favorite activities as an adult, followed by sipping delicious cocktails and I think they could be for a lot of folks. While it can be hard to keep your emotions contained when you meet someone new and exciting, staying “chill” can often open doors you never knew were there in the first place.

That being said, if you’ve gotten to the end of this article and you feel confident in your reasons (and your looks), download some swipe right apps and get to mingling, stranger!

I’ll wrap things up here with the FWB movie trailer. Have a stellar weekend!