Every time I see one of these breaking stories of a teacher having sex with a student, I scratch my head and wonder “where were these women when I was in school?”  It seems like every quarter there is some new hottie looking for some very young sexual partners.  Why not me 25 years ago?  Huh?  Why not?

I spent considerable time researching this online, and I’ve come up with the ultimate list of hot teachers who had sex with their students.  Enjoy, share, and pass along to your buddies.  At the end of the article, chime in on which one you feel is the sexiest.

List of Hot Teachers Who Had Sex With Their Male Students

The ace of this lineup is Stephanie Peterson. 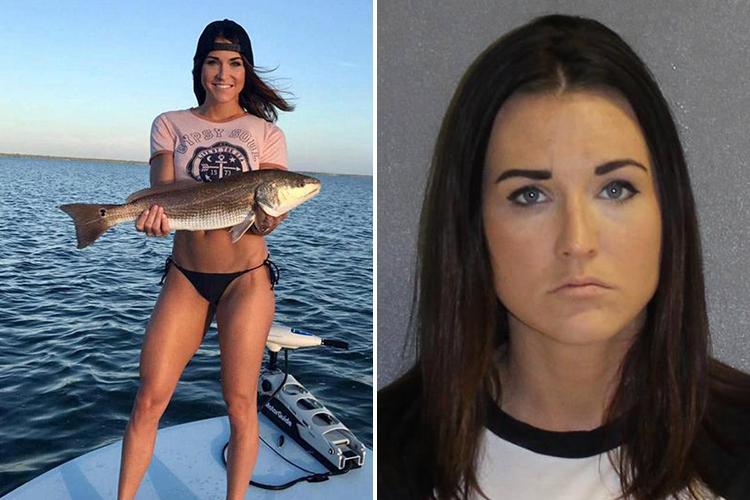 Call it a personal preference, but I’m into brunettes.  I feel like the guys who are into blondes are the same ones who always bet on black at the roulette table.  Being contrarian is life, and if being contrarian is wrong, I don’t want to be right.  Erin Elizabeth McAuliffe definitely took the road less traveled when she was arrested for having sex with not one, not two, but three teenage students.

Thanks to Maxim Magazine via Barstool Sports for this pic.

Next up, we have Kayla Sprinkles.  If that doesn’t sound like an adult film star name, I don’t know what does.

This statement from a student says it all.  (Source:  Heavy.com)

How do you become one of the most well liked teachers in your school, you ask?  Allegations include engaging in “sex acts” with students.  While I can’t find the outcome of this case, and of course, we are all innocent until proven otherwise, the last article revolves around a trial move.

Next up, we move up North to New Jersey for Fatima Grupico.

Grupico, 24, had sex with a male student, age 17, several times in her classroom.  If that’s not hot, I don’t know what hot is.

Every article states that “since he was a student” it was a problem.  That alarmed me, because I thought it was a problem any time someone under 18 was having sex with someone older than 18, but then after consulting some deviant friends I was told that every State is different.  I’m just gonna stick with 18 as my bar and play it safe.

Anyway, the guys at Barstool Sports pointed out that she loves to take classroom selfies, which of course, means, she needs attention.  Do what you want with that, there are some cute pics of her that earned her a place on this historic list of naughty teachers. 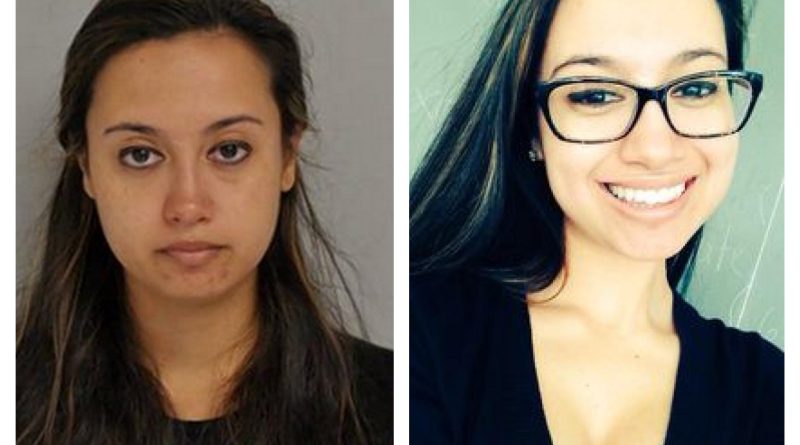 They say everything is bigger in Texas, that apparently includes the smiles when you get arrested.  Just ask Sarah Fowlkes, a married woman who had “sexual contact with the intent to arouse or gratify the sexual desire of” and pled guilty in the fall of 2018.  She was 27 at the time, and the student, just 17.

Stories like hers make sense of my article about why most married men are unhappy.

Her lawyer maintains her innocence, and this plea helps her most likely avoid jail time.  Here’s a look.  Would you? 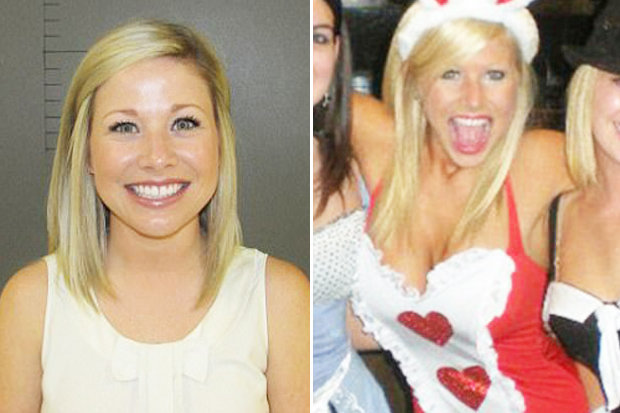 Staying in the middle of the country, we take our game to Kansas, where Michelle Preston admitted to having sex with at least two of her students.  She used Facebook to woo them, and then invited them over to her house, which I really didn’t think worked anymore, but I guess I have to step up my game!  Maybe I’ll brush up on my opening lines and get back to basics.

Anyhow, in March of 2011, a photo of a nude Michelle Preston started making it’s way around the school.  When students have naked pics of their teachers, it’s game over.  I can’t imagine all the snide comments I’d be making throughout the day.  I’d laugh all day, like a real life Beavis and Butthead.

The students were 17 and 18, so they were of the age of consent. I don’t like to launch into opinions on what’s right and what’s wrong in society, but from what I know about every school has (and should have) a rule about hooking up with students.  Unless I were to go back to school, they should totally revoke that. 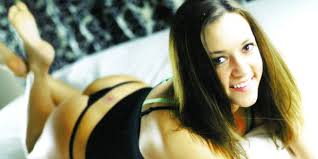 Jarvis would routinely escape from her home to meet a 15 year old student for sex.  She was charged with rape and sodomy.  She received 18 months in her guilty plea.  It’s a weird, drawn out case, and conclusions were made that she carried on a relationship with the boy for a period of time.  Her husband is very religious and accompanied her to court.

Recently pleading guilty to just one count of sexual indecency with a child, she admitted to having sex with four students.  However, all were 18 or older, except for the one, who – no shock here – lied about his age.  If I’m going to book a legendary story about banging a teacher and have to lie about my age to make it happen, you can bet your ass I’m gonna do it.  Goline sent a pic of herself in a thong to a student (power move).  The Sun even mentioned that she had sex with two of the students in the same night. 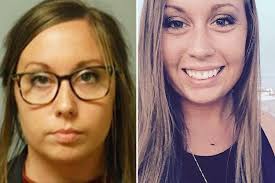 This one is odd, and I feel bad for Boncal.  So the student asks for her number, and she gives it to him.  They exchange messages, hook up, and even according to the victim’s parents, “fall in love.”   The student is 18, and teacher was 21/22 (unclear as there are conflicting reports) at the time.  The parents of the boy did not want charges pressed on Boncal.

She was arrested and terminated from the school.

So what’s the big deal? 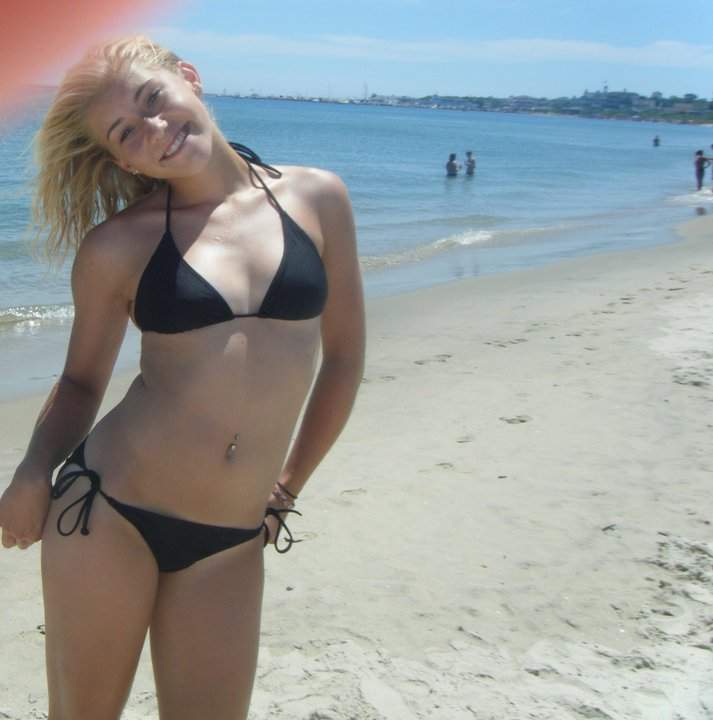 Zamora made huge news when she was accused of sexually abusing a 13 year old student.  13, that’s not a typo. The parents of the boy found naked photos of Zamora on his phone, which led to a discovery about a secret chat room she set up where she sent explicit and inappropriate messages to him.  After some odd behavior led the boys step Mom to put an app on his phone tracking text messages, she confronted him.  He admitted to having sex with Zamora.  Police were led to believe that sex happened three times, as well as a sex act in the classroom.

Zamora was married.  According to the Mirror, her husband  this guy) begged the students parents not to tell the police.  They were childhood sweethearts.  (Or are?  Don’t know how you could stay with that hot mess after she chose to get some supplemental vitamin D in the form of a student.)

There are nut jobs everywhere, I guess. 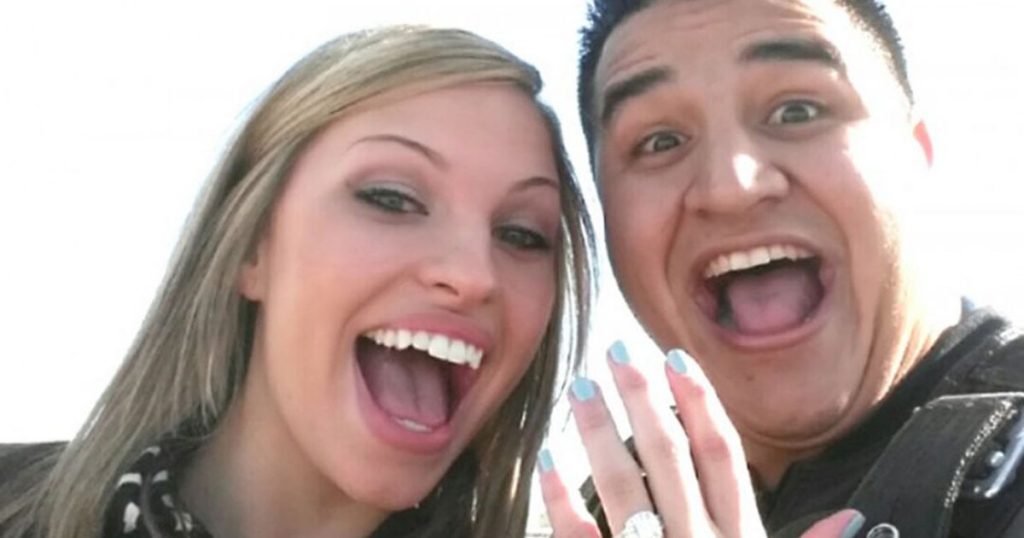