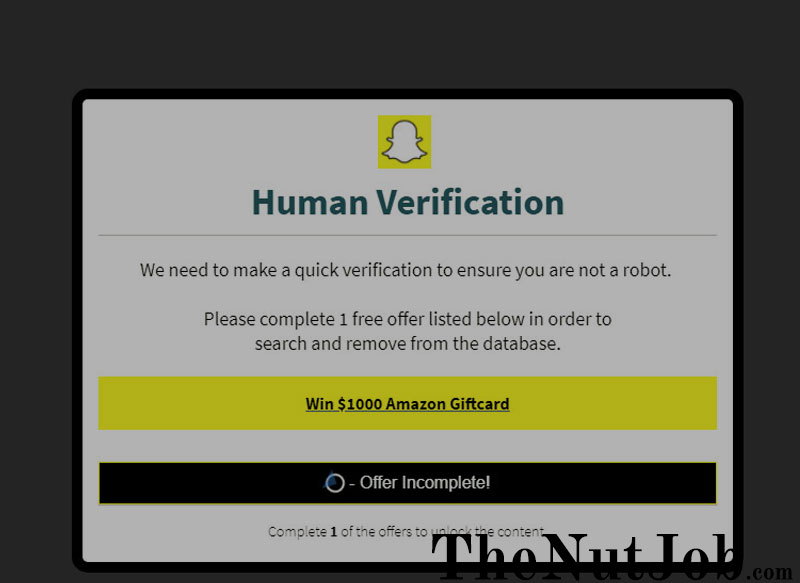 Snapchat is one of the hugest social media apps out there. People love that you can share just about anything and it disappears quickly afterward. They love sending snap nudes or whatever the kids are calling them these days. That has basically made it a prime site for those interested in anything a little bit dirty, even though technically you shouldn’t be doing those dirty things. (We all do it, so I don’t judge)

Because of how popular Snapchat is, the minds behind dating sites have done everything they can to create new sites with similar names and similar M.O.’s. If you are a fan of Snapchat, you might be tempted to see what SnapleaksWiki.com is all about, but I can assure you, there is nothing good happening on SnapleaksWiki.com at all.

When you land on the main page of SnapleaksWiki, you’re going to see some uber-hot people that they use to try and entice you into continuing to join their shady site. Do not be tempted to enter your email on this landing page. It does not give you access to anything. Instead, you’re going to be taken to another site where you are supposedly going to authenticate your age and win a $1000 Amazon gift card. Honestly, has anyone ever won that Amazon gift card from any site they’ve landed on? If you do fall for their scheme, you’re going to be redirected once again to another scam, so just trust me on this, don’t give SnapleaksWiki your email address in the first place.

Just A Box, Nothing More

One strange thing you’re going to notice on SnapleaksWiki is that you can’t click on anything on the main webpage at all. There are no links, no menus, no FAQ’s, and no customer service whatsoever, just some generic sexy pictures of women and a not so cute man dressed as one. Oh, and that email signup box. If this isn’t telling, I don’t know what else would be.

So, what is the game of SnapleaksWiki? Well, they claim to be the Wiki of Snapchat and that you can search leaked Snapchats and pictures that have been “leaked.” They also claim that they hack a third-party app called Snapsave which has access to over 18 million stolen and leaked snaps, as well as the iCloud. You need to know that all of this is lies, and nobody has those leaked snaps. This is honestly just a way to try and lure you into using SnapleaksWiki. I’m sorry, but to me, SnapleaksWiki is the exact opposite of what Wiki is.

Conclusion: SnapleaksWiki Is The Biggest Scam Ever

Do not be lured in by the sexy women on the webpage of SnapleaksWiki.com. The creators behind the site knew exactly how to get men to respond and that was to use young-looking, big boobed girls who just seem to be begging to be seen. The only thing you’re going to get if you fall for their scam is completely annoyed after being shuffled between different sites with fake promises. They want your money and they know getting you into this funnel is as easy as using half-naked women. Yup, total B.S. scam tactic at its finest.

If you’re looking to Snapchat with girls or get your hands on some hot pics that aren’t stolen. Then I strongly recommend that you use the hookup alternative to Snapchat called Snapsext. You’ll find a link to the site as well as a link to the review I’ve written. No way in hell will you go wrong with the sites listed below. Trust me, I’ve been around the block a few times.