Let’s face it, the USA is a confusing country.  The food is so segmented that when people ask what you want to eat for dinner, you often hear them refer to the food like they are referring to a nation’s national language.  “Italian, Greek, Chinese, German.”  Think about it, it’s a hodge podge of food from all across the globe.  While us Americans may poke fun at other cultures because of what they eat, who are we to judge?  Here is a look at weird foods in America.

I’m sure I’ll get a lot of  hate mail for this, but I’m looking at this from a lens of someone who just stepped on Earth and had to scan the weird food in the USA and make a list of the weirdest of the weird.  By all means, this is my opinion, and I invite you to share it with others so they can agree, disagree, or downright want to fight.

For better, or for worse, here is the lineup…..

Cheese Sprayed Out of a Can (Easy Cheese)

Think about the chemical bomb of processed crap that just darts out of the metallic spray can onto your cracker, or into your mouth.  Do you really want to know what’s inside?  I, for one, love Easy Cheese, and didn’t want to know.

But then, I “Googled It.”  Turns out, Wired.com reported on it, and here is what they found:

#1:  Canola Oil:  this keeps the cheese from becoming solid.

#2:  Salt:  Dries out the cheese, prevents bacteria from growing on the “cheese.”  (Read:  preservative.)  Also, makes ANYTHING taste amazing.  You can rest assured that Easy Cheese has double the amount of salt that your organic cheddar maintains.

#3:  Sodium Citrate:  this “softens” the portion of the cheese that’s water-soluble, which allows it to mix.  Salt is sodium.  Sodium is tasty.  See #2.

#4:  Sodium Phosphate:  this is a preservative that acidifies your urine.  I don’t even know what that means, but I don’t want my urine controlled by a processed cheese.  Plus, sodium is salt.  Salt, and therefore sodium, are amazing tasty.  See #2, and see #3.

#5:  Calcium Phosphate:  they didn’t say it, but from what I read at Wired, it totally tongue in cheek says that Kraft uses this to make it “legal” to say that Easy Cheese is an excellent Source of Calcium.”  What they should say is that it’s “the world’s best source of sodium.” 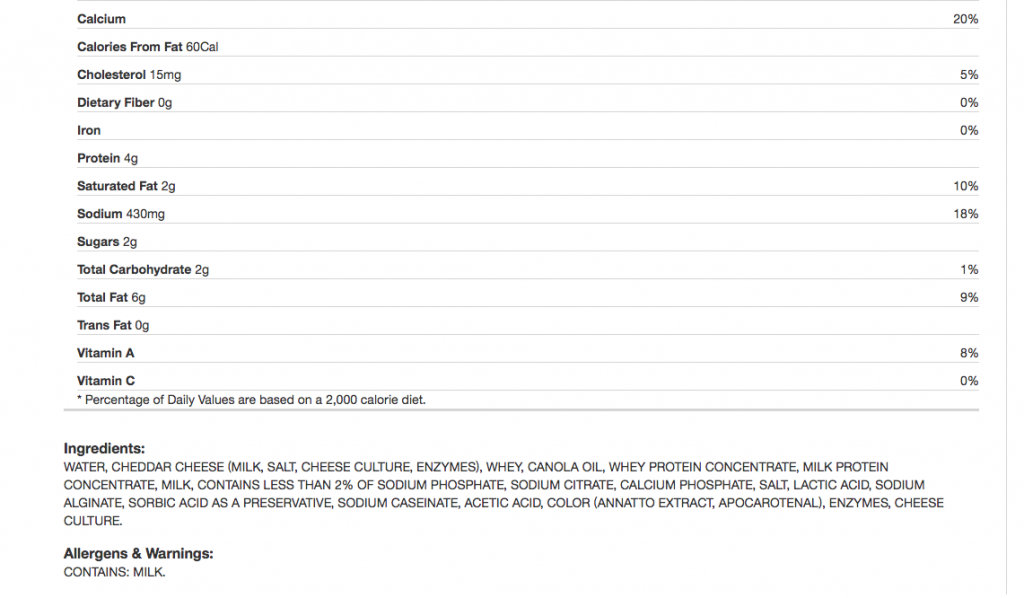 I could go on, but thats the lion’s share of stuff you’ll want to know.  Are we nuts for putting Easy Cheese into our bodies?  Yes.  Will I continue to spray that on a Ritz Cracker?  Absolutely.

Oh, it’s worth noting that the can isn’t really a true aerosol because the food – if we want to call it that – never makes contact with the propellant.  I have to tip my cap to Kraft for making the can with two parts – one that has nitrogen gas and the rest with the cheese.  It’s pretty genius if you ask me.

You just don’t learn that type of shit in school, but you’ll learn it right here at The Nut Job.

The first time I saw one of these I was mortified.  My Grandma actually tried to make an an olive loaf sandwich.  I shut that shit down right away, because while I’ll eat baloney, the only place an olive belongs is in my extra dirty martini.  Fitbit also reported that this contains an eye opening 35% of your daily sodium.  So basically if you were to put Easy Cheese on a slide of olive loaf, you have successfully consumed ALL of your allotted daily sodium while immensely raising your blood pressure to new heights.

Just looking at this makes my stomach turn. 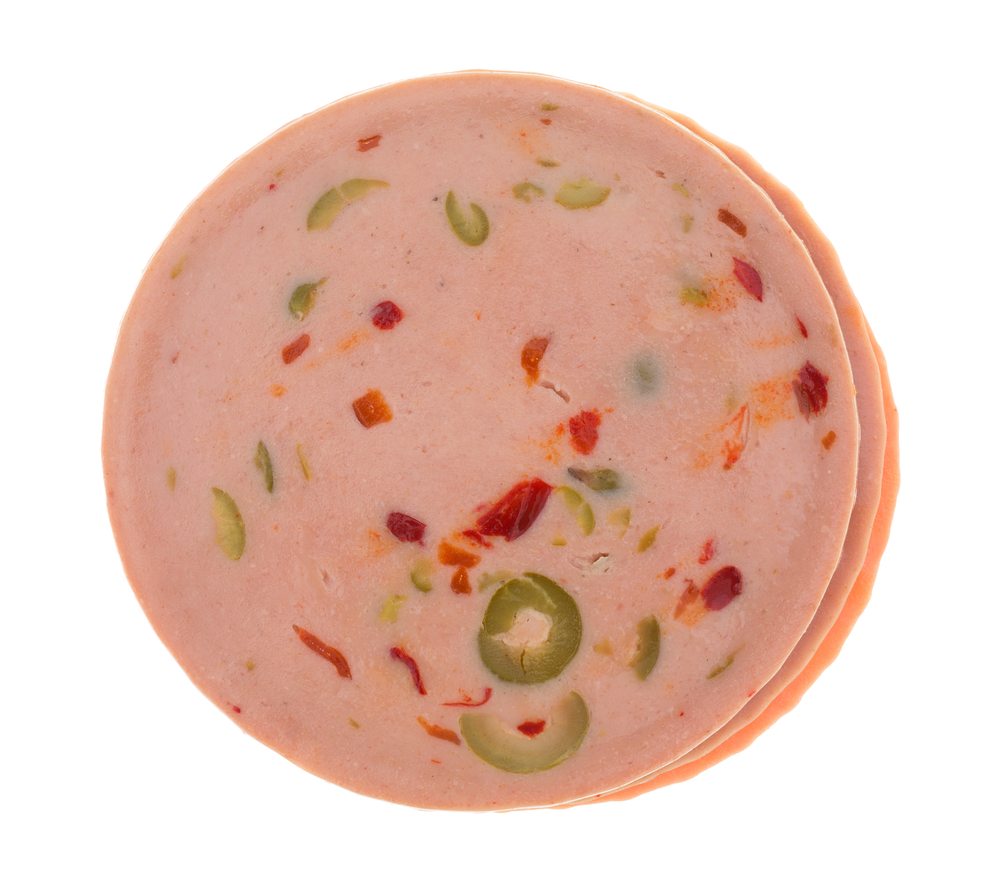 “Chitlins” or “chittlins” are the small intestines of a pig.  It’s very popular in the South, and you’ll hear it mentioned in the movie “Friday,” starring Ice Cube and Chris Tucker. 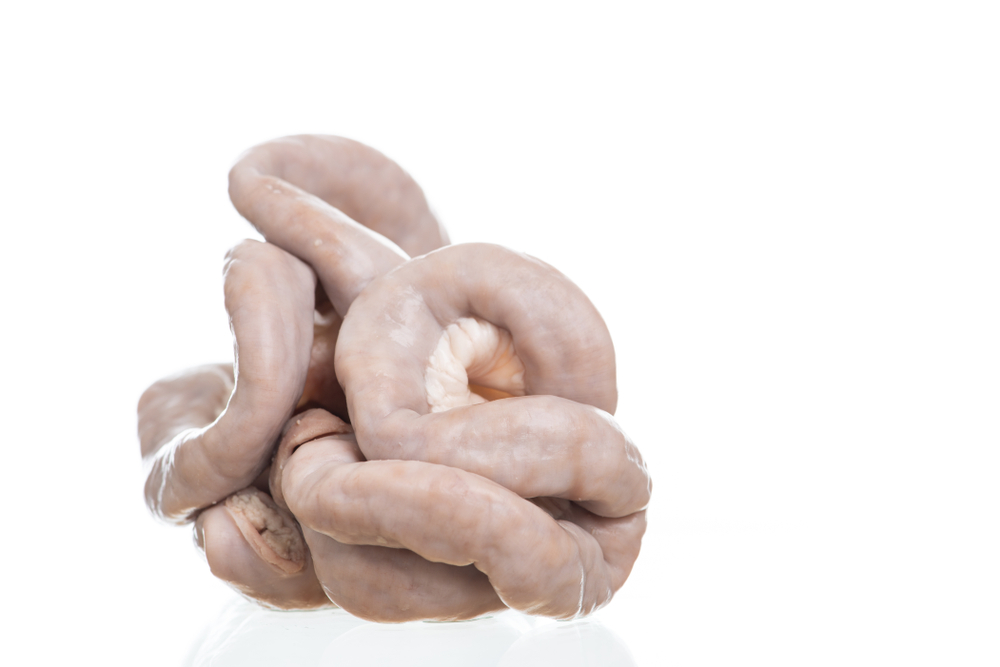 I’ll be updating this with more foods – but I always love my readers feedback. Which foods did I leave out?

Remember to add your suggestions to absolute BAT SHIT CRAZY stories by clicking that link and visiting that page.