I’ve spent a TON of time doing my research on Farrah Abraham. She’s perhaps my favorite webcam model of all time. There are many reasons why I both adore and cam with her, which you’ll certainly be hearing about today.

Some think I’m an insane man for even wanting to watch her on cam, others are high five-ing me all the way to the computer.

For individuals immersed in the adult entertainment scene, so-called “camgirls” have been all the rage for years. Due to the prevalence of this particular career path, several of these women have turned their private cam channels into fully fledged modeling careers. There are a few that have literally become millionaires and business moguls doing so.

Full disclosure: I did all I could to verify everything that’s published in this article. While I’ve done what I could, it’s possible that you may have a different opinion with regards to the individual. 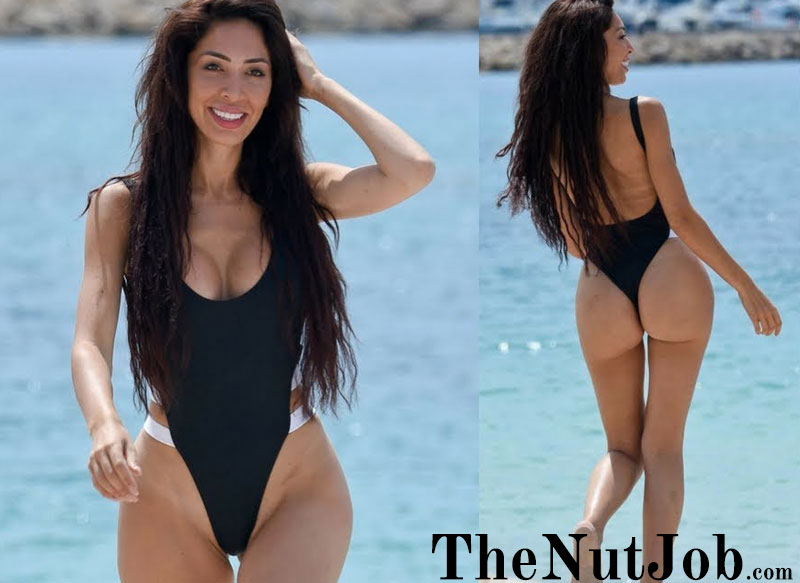 The Unofficial Farrah Abraham Story (Told By A True Fan)

When I started researching a few of these women, I was immediately struck by their work ethic and creative approach to building a career outside of cam work. One of these women, Farrah Abraham, impressed me so much that I was driven to write this article, something I didn’t expect when I first started my research. Below, I get into all the facets of Farrah’s career and personality that have made her just so fascinating.

My Bio of Farrah Abraham

Farrah Abraham was born in Omaha, Nebraska on May 31st, 1991 to mother Debra Danielsen and father, Michael Abraham. Her parents have been quoted as saying that “Farrah…was exceptionally stubborn as a child, often…lashing out when she didn’t get what she wanted.” While I can’t confirm this particular detail, it seems likely that someone so determined to be successful would also be a difficult child.

Farrah started her cam career unlike most others do, as a part-time side hustle to make some extra money. Instead, Farrah first gained notoriety by appearing on the show 16 and Pregnant in 2008 as (you guessed it) a teenaged, soon-to-be mother.

At this point, the young Farrah was only 17 and was struggling to deal with this newfound responsibility that was soon to be delivered to her…literally.

Due to the success of 16 and Pregnant, Farrah was able to appear on a spinoff later that year, entitled Teen Mom. First airing in 2009, Farrah appeared on the series until its finale in 2012.

It was at this point that Farrah decided (in conjunction with her management, no doubt) that she should diversify into other avenues of entertain. So in 2012, shortly after the cancellation of Teen Mom, she released a memoir called “My Teenage Dream Ended” along with a studio album of the same name.

While her album didn’t exactly wow critics or the public, her book landed on the New York Times Bestseller list for several weeks.

After 2012, Farrah tried a stint of different career paths, to limited results. It wasn’t until 2014 that she resurfaced, being cast in the fourth season of popular series Couples Therapy. During this period, a wave of controversy surrounded Farrah thanks to accusations from her assumed partner, Brian Dawe.

Shortly after the series started airing, Brain made claims that Abraham had hired him to play her boyfriend. He left Couples Therapy after just six weeks, Leaving Farrah as the only member of the show to continue therapy solo, choosing to instead focus on her fractured relationship with her mother.

The James Deen film was, according to Farrah: “An incredibly uncomfortable experience.” However, as Farrah reportedly sold this sex tape to Vivid Entertainment (to the tune of 1 million dollars), and then shortly after that recorded and released a second video with the same actor, I question whether the public was ever given the whole story.

For those of you not familiar with Vivid Entertainment, the company is owned by Steven Hirsch and they’re responsible for the publication and exposing Kim Kardashian’s sex tape with Ray J. You know, the one that made her insanely rich and famous. Which she recently claims was all done due to taking ecstasy which I don’t believe a word of quite frankly. Here’s the report on that by TMZ.

Immediately after this controversy, Farrah appeared in a continuation of MTV’s Teen Mom called Being Farrah. There were four “Being” series, all centered around the original four young women showcased on Teen Mom.

Farrah was released from this series after just one season, as the other former teen mothers felt that Abraham was “a terrible influence on their children.”

Through 2013-14, Farrah was contracted for a series of residencies at three different gentleman’s clubs, reportedly to “make ends meet” between gigs.

The most popular of these clubs, Palazio’s Gentleman’s Club, purportedly paid her over $500,000 for a 3-month stint. Abraham has been quoted as stating that “stripping…has been a great way to support my child while I focus on new opportunities and creative endeavors.”

Enter 2015. Farrah Abraham was hired to be a part of the Celebrity Big Brother, a popular British reality television program. Her appearance was reportedly “uneventful,” and she ended up being the 5th housemate to be evicted after royally pissing off her fellow American roommate, Austin Armacost.

A few months later, she was given the opportunity to reappear on the sister program to Big Brother, called Celebrity Big Brother’s Bit on the Side. During the 2-hour program, Farrah got into a physical altercation with her co-star, Aisleyne Horgan-Wallace. Both women received official warnings from the British police following the incident.

In 2016, Farrah Abraham signed an exclusive contract with the CamSoda website, a company she remains with to this day. As one of their top performing models, Farrah maintains a following of over a million users, something she credits to her hardcore fitness regimen and insatiable sexual appetite.

I caught wind of this on a website dedicated to revealing new Camsoda models. I found out that the site published an article about how Farrah got a new vagina, and that she was going to be showing it off on Camsoda. Well, guess what it looks fantastic! Trust me on that one!

A Career in Cinema

Beginning in 2017, Farrah Abraham began her film career by appearing as Karen Sims in the film Adam K. Shortly after this, he played Fannie Rae Baker in the indie film Axeman 2: Overkill.

As of 2019, Farrah is still modeling full-time on CamSoda while she auditions for film roles. She’s expressed interest in finding primarily supporting roles, as “acting is a craft she’s still trying to perfect.”

As for her daughter, whose arrival ultimately made Farrah Abraham famous, very little is known. Born Sophia Laurent Abraham in 2009, Farrah’s daughter splits her time between her mom’s house and her father’s, 16 and Pregnant star Derek Underwood.

While Farrah’s daughter spent her early years out of the public eye, she’s more recently been popping up on her mother’s social media accounts. It seems as though Farrah has decided that her daughter should become a more public component of her life, something I think humanizes her despite her various career flubs.

As you can see Farrah has done a ton of stuff over the years and her hustle and mindset are the reason why she is where she is today. There are plenty of people that have had the same opportunity as her.

I love everything about Farrah and will without a doubt be spending more time chatting with her on Camsoda.com. Eventually, I’d really like to attend one of her boxing matches.

Update: Okay, well I probably won’t be attending any of her boxing matches since she totally bailed on her last scheduled match and is now in a lawsuit with her promoter.

Even worse, it seems as though she was hit with other lawsuits for having stores close down without paying the rent on the lease. Turns out she might not be the best businesswoman after all. Whatever ~ that’s not going to stop me from messaging her so that I can see her toy herself on cam later this evening.